David Leach (1911-2005) was born in Japan and taught to pot by Shoji Hamada, joining Leach Pottery in 1930. His role within the family business ranged from artistic involvement to helping with practical and managerial capacities. David remained at Leach Pottery for 25 years before taking a teaching position at Loughborough College as Head of Ceramics. Following this, he went on to found the Aylesford Pottery in 1954. Once he had handed over Aylesford Pottery, he moved to Devon where he founded the Lowerdown Pottery.

He was chairman of the Craft Potter’s Association of Great Britain in 1967, and in 1987 David was awarded an O.B.E for his services to education and studio pottery. 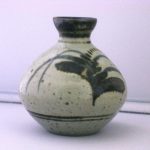 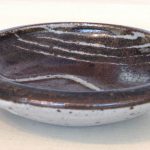