William Turnbull was born in Dundee, Scotland in 1922, the son of a shipyard engineer. At an early age he decided to become an artist. He served as a pilot in the RAF during the war and at the age of 24 began to study at the Slade school of art. There he made friends with fellow scotsman Paolozzi. He lived in Paris for two years from 1948, meeting Hélion, Léger, Giacometti and Tzara. Upon his return to London, he belonged to the Independent Group and shared his first exhibition with Paolozzi in 1950 and their work was shown alongside that of Henry Moore and Kenneth Armitage duting the 1952 Venice Biennale. From this time Turnbull was already painting his sculpture as well as working on canvas. From the mid-1950s his work increasingly portrayed stillness, often via masks and paintings of heads. He was greatly influenced by the American Abstract Impressionists and described his later paintings as “large environmental shields changing our lives… provocations to contemplation and order.” William Turnbull taught at the Central School of Art from 1952 to 1961 and is married to the Sculptor, Kim Lim. 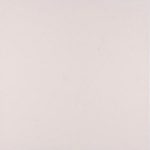 the full sheet, with margins,