Mary Fedden has been one of the leading lights of British Art over the last few decades, though her mature style can be traced back to the early 1950s. Her work has become increasingly distilled harmonious variations around the themes of the still life; her immediately recognisable style always has exquisite delicacy, balance, texture and colour. Though Matisse and Braque are often cited as her major influences, she has aligned herself with colourists as diverse as Anne Redpath and Henri Hayden. Her love of Christopher Wood and Ben and Winifred Nicholson has sometimes seen her grouped with the St Ives artists, but though she has painted Cornwall, she has always primarily been based in London.

Fedden studied at the Slade from 1932 to 1936, and went on to teach Painting at the Royal College of Art from 1958 to 1964 where she was the first woman tutor to teach. She has exhibited in solo shows throughout the UK every year since 1950, including at the Redfern Gallery from 1953, the New Grafton Gallery from the 1960s, the Hamet Gallery from 1970, the Arnolfini Gallery, Bristol and at the Beaux Arts Gallery, London in the 1990s. A major exhibition of her work was held at the Royal West of England Academy in 1996. She has also received many mural commissions, notably the Festival of Britain (1951), the P & O Liner Canberra (1961), Charing Cross Hospital (1980) along with her husband, the artist Julian Trevelyan, and Colindale Hospital in 1985. Mary Fedden was President of the Royal West of England Academy from 1984 to 1988 and was elected a Royal Academician in the Senior Order in 1992. She received an OBE and a Doctor of Literature, Bath University in the 1990s. 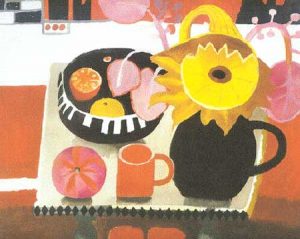 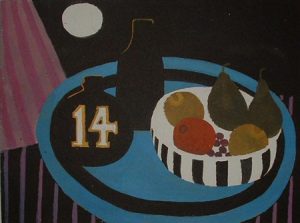 signed (archive copy from the Curwen Studio, aside from edition of 50) 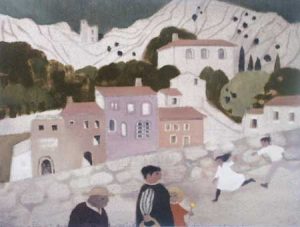 signed and numbered from edition of 150

on wove paper with full margins 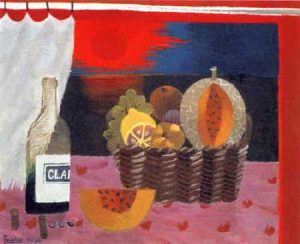 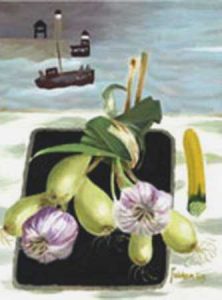