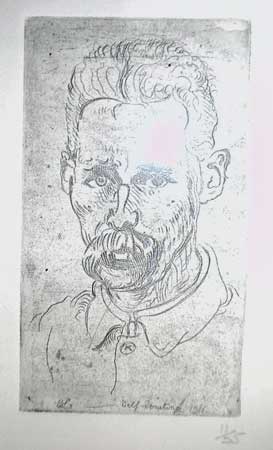 initialled, titled and dated 1916 in the plate

This etching by the renowned potter Bernard Leach was printed by Janet Leach following her husband’s death in an edition of 25.
A similar self-portait etching is in the National Portrait Gallery, London.