Gareth Watson began painting full-time in 2003. He works almost exclusively in watercolour, creating timeless, semi-abstract images of landscapes that are more concerned with capturing light and space than recording the details of scenes. The locations which prompt these paintings tend to be remote and are scattered not only throughout Britain but also in such areas as the Alps, Iceland and Scandinavia. Ancient sites often make their mark, and a sense of order and balance that is almost architectural pervades the pictures, encompassing air and water as well as the land. He now divides his time between Cambridge and the Hebrides. His work has been included in the following exhibitions:

His work features in a number of private collections in Europe, North America and Australia.

All watercolours on wove paper, framed with 4″ conservation mounts and limed wood frames. 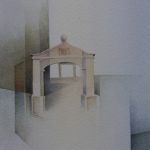 Sheep’s Green: The Bathing Pavilion, no. 1 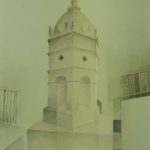 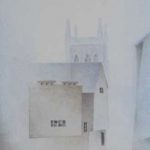 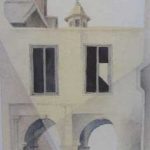 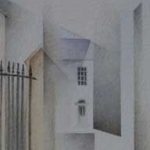 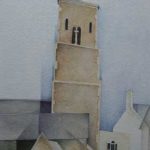