Janet and Anne Grahame Johnstone were twins born on 1st June 1928 to the well-known artist Doris Zinkeisen and her husband, Captain Grahame Johnstone. They grew up in London and after their father’s death in 1946 they continued living with their mother into their adult lives, moving with her to Suffolk in 1966. They were educated together at Heathfield School, Ascot during the War and then went on to St. Martin’s School of Art.

Soon after leaving St. Martin’s, they established themselves as illustrators by receiving regular commissions for picture books from Award Publications and Deans. Between them, they illustrated over one hundred books for children, including many volumes of fairy stories, myths and legends, nursery rhymes and prayers. They also reached an even wider audience by producing a large amount of artwork for such favourite programmes as Andy Pandy and Bill and Ben, so contributing to a golden age of children’s television.

In 1956, Janet and Anne were invited by the successful writer Dodie Smith to illustrate her first children’s book, The Hundred and One Dalmatians. Smith had based the dogs in her story on her own Dalmatians, and Janet and Anne used them as their models, creating convincing, unsentimental characters. The book was so well received that the author chose to work again with the artists to produce its sequels, The Starlight Barking (1967) and The Midnight Kittens (1978) – all three being published by Heinemann. Janet and Anne also illustrated three books by Paul Gallico, another favourite children’s author published by Heinemann; these were The Man who was Magic (1966), Manxmouse (1968) and Miracle in the Wilderness (1975). 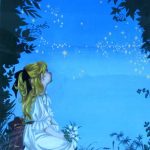 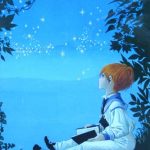