Edward Ardizzone was born in 1900 in French Indochina. He was possessed with a quick eye and was able to capture the very essence of life. By the outbreak of World War Two he was already a household name, spending six years as Britain’s official war artist. He became a master of book illustration, embellishing works for both adults and children; drawings remarkable both for their detail and faultless relationship to the page. Well-known works are the Little Tim series of books. Ardizzone collaborated with Eleanor Farjeon in 1955 on The Little Bookroom, which was awarded the Carnegie Medal, and went on to illustrate six further books by her. 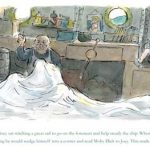 numbered from limited edition of 950 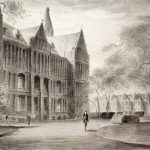 signed, titled and numbered from the edition of 100 by the artist in pencil

From the series of lithographs of public schools by Edward Ardizzone from the 1960s.